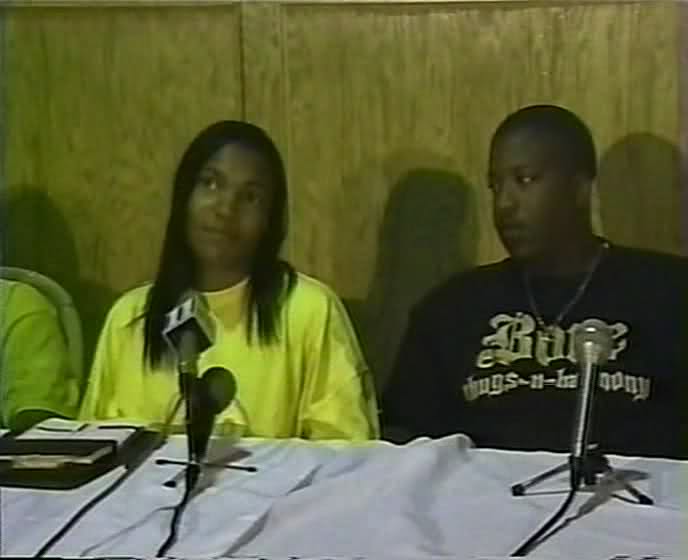 Big Frank responds to Storm after she had posted an interview for THUG ANGEL.

Big Frank: ”Wow I can’t believe that no one has posted a comment to “Storm’s” Interview in all of this time since it’s been first posted back in May…Wow! I guest by people I’m saying all of those producers, engineers, musicians, artiest, OutLawz and more that was in the studio with PAC every single day…All Of Us, US as in myself as well! Kudos 1 or 2…Not even MAJOR for you STORM I just read your Interview and it Hit me dead in the heart and took me back to 1995-96, I remember every single thing you’re talking about I witnessed every single thing as you my sister did, and I applaud you for this Article because it took me back as I was reading and I felt and seen every day in the studio with Pac through your story’s of your recollection of our Fallen Brother and Soldier 2PAC! Thank You for taking me back tonight and being able to have been one of those people GOD blessed to have been a part of TUPAC A. SHAKUR’s life…I remember you always’ in the Studio putting it down with PAC when he was doing “ALL EYEZ ON ME” and “MAKVELI” I wonder myself what had happened to you after PAC I had asked a few of the Original 1996 Studio, Bodyguards, Artiest etc. family at that time about you…”I didn’t like hearing some of the answer’s they were sad let’s call it :>( I’m glad to have come across this interview here on my Friend page, Thank You Sarah for having it posted here!!! Storm you were always’ cool with me, I Feel You BabyGirl…!

They call me Storm from the day I was born. Female Outlaw; Operating Under Thug Laws As Warriors.

“Working with Pac in the studio was crazy. It was just like, just unpredictable. Everyday it was just something serious we learnt for that day or it was something crazy that Pac did just made us laugh, ya know?

We just like have fun in the studio, but also it was like a classroom, ya know what I’m saying. Like it was, was like, you can compare it to one of the hardest classes that you have ever taken in your life, ya know, but it wasn’t. You didn’t go to that classroom and go Oh here we go again, I’m going to this class – you wanted to be there. You got there early; ya know what I’m saying, cause ya wanted to be there. You wanted to know what the next lesson was for the day.

Ya know we had fun here and there when, ya know when other things were being done that didn’t apply to us: but when it was our turn to do what we were suppose to do – he expected us to step up to the plate and do what we had to do. Ya know he didn’t like no 2 or 3 takes in the booth. He wanted us to – You wrote that you go in there and you spit that. and you get out. Ya know what I’m saying? If you wrote that and you went in there and stumbled over it, I mean why did you write that? You’re not saying it right, your not feeling it obviously cause you keep messin up. So you got to go; you got ta get out – until the next song – and that’s how it was.

It wasn’t that easy to keep up with him, as far as that cause he was just un-stoppable. Like 4 songs – that was a normal day.

Well actually Makaveli was um a three-day theory ya know. He had finished it in 3 days, but there was just so much music around him and so many people, ya know. Every time he’s walk into the studio he would hear a different beat, ya know what I’m saying, that he wanted to write to, that he was like – Oh shit, this shit is tight. He just kept writing and writing cause he had so much to say. So he had to literally say one day that I’m closing the door. I’m not listening to no more music. Don’t bring me no more music – PLEASE; ya know, cause I just have to turn this album in. And that’s how basically it became a 7 Day Theory.

I didn’t think nobody would hate Pac enough to take his life like that. I really do feel that he felt it especially towards the end. Ya know, the way he was driving us. Beating into our heads the fact that we have to stand up more as individual artists. Who’s going ya – who’s going do this when I’m – if I’m not here?

As far as the people that, ya know; have all these theories ya know, all the hope for Pac to be alive – I can’t be mad at them. Because it’s like they’re trying to hold on. I’m holding on right now to his memories, because I know he’s no longer of this earth.

I was there in the hospital with him for the whole time, ya know. I had a chance; thanks to Afeni, to go in and talk to him for the last time. And to tell him that I love him and to say good-bye.

Ya know, he was our General, and after he passed I was lost. And I’m not ashamed to say it; I was lost. Ya know I felt like – like my whole world was just gone.

I felt like the one person that believed in this dream that I had all my life was gone and it was hard for a long time.

It breaks here for a track called ‘Pain’. It is by Storm and you can really feel her ‘pain’ in this joint. If you don’t have this cd – ‘Thug Angel’, I recommend you get it.

I had great hope, I never doubted or came to the conclusion that – that he was not gonna be there with me any more. That never entered my mind.

Everyday that I went up there, ya know – it was I’m gonna see him wake up, we gonna write all these songs together and we are gonna continue on with the mission.

I never in a million years expected to go back to the hospital and find out that he was not there.

Well the tattoo that I have of Pac, I got right after Pac passed. It’s a cross with um; his face in the middle, and it has the words ‘Thug Angel’.

The words thug angel just came to me, it fit. I felt that it fit him perfectly/ Ya know, because to me he is no longer here, but I feel he will always be there for me.

He always told me that whenever I needed him, he was gonna be there for me.