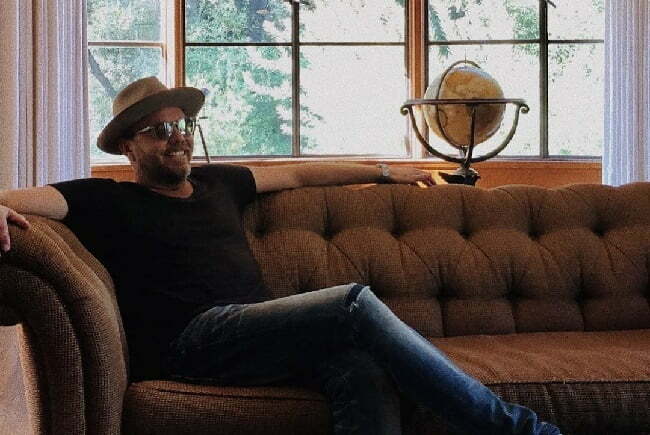 Soulshock & Karlin is a duo of Danish record producers and songwriters, Carsten Schack and Kenneth Karlin. Soulshock & Karlin have written and produced hits for many artists such as Brandy, Usher, Monica, Whitney Houston, Luther Vandross, Craig David and Sting in “Rise & Fall”, and 2Pac in “Do For Love”, “Me Against The World”, “I Wonder If Heaven Got A Ghetto”, “Old School”, and “Baby Don’t Cry.”

YouKnowIGotSoul: You guys also did some work with 2Pac. What was that experience like?

Soulshock: it was interesting because as much as I loved R&B and we were in the studio with artists like Brownstone and I met my wife at those sessions, but I had so much Hip Hop in me. I kept telling my manager Randy Cohen to give me Hip Hop artists. We got a call back from 2Pac’s team and they wanted to record three of our beats. I was driving and I was like “What did you say?!”.

The studio was in the hood, so I told my manager “Can you tell 2Pac’s management that we’re two white boys”. At the end of the day, we’re still from Denmark so when it got rowdy, we weren’t used to that. I didn’t go all the way to Compton and then I got a phone from 2Pac. He was like “I know who the fuck you are motherfucker”. I apologized and then he was like “I used to carry your turntables”.

He was a roadie for Digital Underground so at one point, he had set up my turntable for a show that we did with them. There was no way I could put two and two together. He was like “Bring your white ass to the hood” and I was like “I can’t believe this is the same guy that carried my turntables”. *Laughs* It was on after when we got there. He had his shirt off, the Thug Life tattoo and bandana on.

The studio was packed because he liked to perform and be pushed to the edge when he was rapping. He had a ton of people writing and not because he didn’t write himself, but he picked up energy from everybody. It was crazy because everyone had to leave their gun next to the mixing board where I sat. At one point, it was a stack of guns sitting there. I remember Karlin saying “I’m out of here”. *Laughs* The cool thing about that record is that he wanted to pay record to the East Coast. I know people call him a West Coast rapper, but he grew up in the East Coast. He started talking about his influences and I loved everything. We just created this record called “Old School” together. He kept inviting us back to the studio and we would hang out. He was so incredible being around. I’ve never met anyone like him before. Whitney is up there, but 2Pac was hard to describe.

The next thing we did was “Me & Against The World” and he wanted some singing on it. We put Puff Johnson on the hook and he called me two days after like “That track is going to be the title track of my album”. I was almost crying because just coming from a small city in Denmark and to end up saying I have the title for a 2Pac record is very hard to describe. It was beautiful.

YouKnowIGotSoul: You guys also did “I Wonder If Heaven Got A Ghetto”.

Soulshock: So with “I Wonder If Heaven Got A Ghetto” and “Do For Love”, those were done after he passed away. Honestly when Suge came into his life, it took a left turn that I couldn’t keep up with. It got a little too real. 2Pac was super intelligent and we could have crazy conversations about things that no one would know about like books. When Suge came in though, it became gangster and it got too intense. I dropped out when it was Death Row.

After he had got shot in Las Vegas, his mother Afeni Shakur called me and was like “I have a few records that need to be finished and I’m only letting people who knew him work on these”. She came up with these two huge security guys. We were using tapes back then because we didn’t have ProTools yet. Everytime we would put the the tape on and transfer it to our machine to make it work. the security would be like “Where is this going?”. It was an acapella and Afeni was like “Start working, I’m not leaving”. I first did a version that was a little more uptempo because that’s what Pac wanted.

Heather Hunter Talk About “How Do You Want It” Video