The mixtape featured nine music videos. The album also showcased the Outlawz doing solo songs such as Young Noble with Great Gandaddy Kush, EDI Don with Reach For The Sky and Hussein Fatal’s Do It Right. 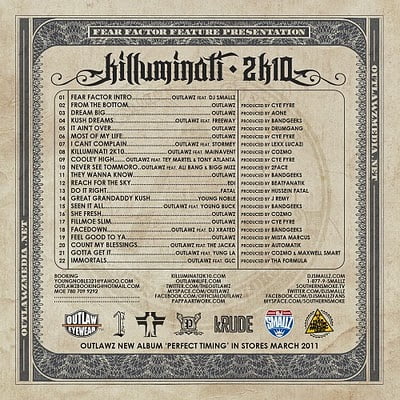 Press play below to watch all nine music videos.