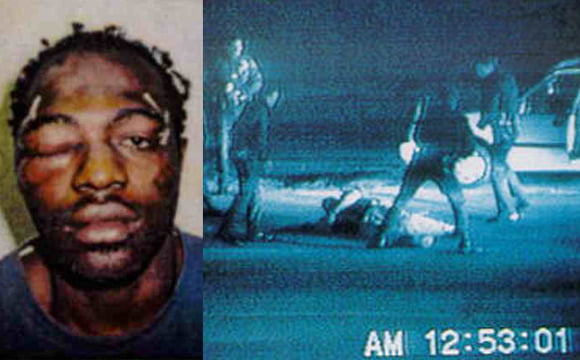 Tupac gets involved in the 1992 LA Riots. – The riots erupted on April 29 after a trial jury acquitted four LAPD police officers of the use of excessive force in the videotaped arrest and brutal beating of Rodney King following a high-speed police chase.

Video shot by amateur cameraman George Holliday from the balcony of his Lake View Terrace apartment shows what appears to be a group of police officers beating a man with nightsticks and kicking him as other officers look on; the clip aired on KTLA.

March 3, 1991, The brutal beating of Rodney King by the Los Angeles police

The beating, caught on am­a­teur video­tape, sparked a na­tion­al de­bate about po­lice bru­tal­ity and ra­cial in­justice. After the verdict, angry crowds gathered on street corners across Los Angeles. The in­ter­sec­tion of Florence and Normandie in South L.A. became the flash point, but it was a scene eer­ily re­peated in many parts of the city in the hours that fol­lowed.