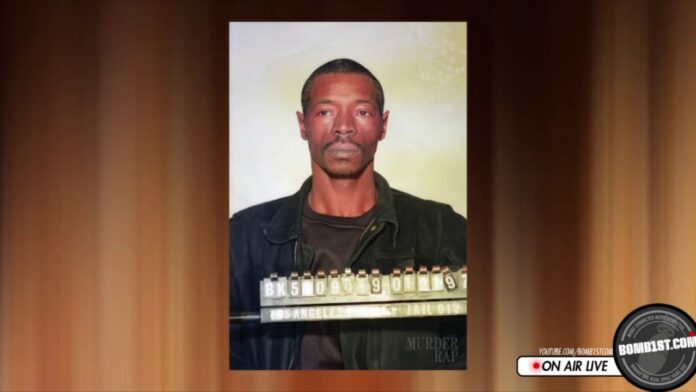 Earlier today, Bomb1st.com dropped the taped interview with so-called Biggie murder case “witness” Michael ‘Psycho Mike’ Robinson. This interview that he did with an LAPD detective is what first turned Russell Poole onto the name “Amir” as a potential suspect name.

Murder Rap, addressed how laughable Robinson was as a witness in this case; but now that the rest of what he said is out there, let’s run down the list in detail. In short, he didn’t know where Biggie was killed, he had no idea what kind of weapon was used, he thought the shooter was on foot, he didn’t know if the guy acted alone, and his description of the shooter didn’t match the guy Poole eventually went after.

A random person watching news coverage at the time could’ve gotten more details about the crime correct. That’s probably because Robinson was in jail when the shooting happened, and was just repeating hearsay and rumors. Unsurprisingly, he later recanted this entire statement. Look at what a joke this is:

– He’s asked if he shooter acted alone; he doesn’t know.

– He didn’t know what Biggie was killed with – he says “with a machinegun or something.” When asked what caliber, he just says again “I heard machinegun. Could’ve been an Uzi or a Tech 9, I don’t know.” (Nope. It was a semi-auto handgun.)

– He claims the shooter was ON FOOT (no) and then ran around the corner where he jumped into “a limo or a truck or something and drove off.” (The shooter was actually in an Impala and it was a drive-by shooting. Everybody knew this …except Poole’s star witness here, apparently.)

– They ask him why he thinks the shooter escaped in a limo, and if he’s just saying that because he’d already told them that “Amir” drove around in a white limo. He admits that he’s just speculating based on that. (So he admits in the interview that he’s making $#%! up.)

– He gave three potential names – Abraham, Ashmir or Amir. In fact, near the beginning of this interview he says “Ashmir” and then the DETECTIVE corrects him and is like wait, didn’t you say “Amir” before? And his reaction is like, oh yeah…

See Also  The Notorious B.I.G.- The Latest Rapper to Be Inducted into The 2020 Rock and Roll Hall of Fame

So this one name, “Amir,” mentioned in a completely bull$#%! interview with a guy who has no direct knowledge of the case, gets taken by Poole and connected to someone named Amir who visited David Mack in jail. THAT’S what his whole case started with. It’s CRAZY. More on “Amir”:

– Robinson doesn’t give them the name “Muhammad.” And he claims the person’s non-Muslim first name was either “Kenny” or “Keeky” – Amir Muhammad’s pre-Muslim name was actually Harry. (Another miss.)

– His physical description of “Amir” didn’t match Muhammad – he was off by 2-3″ in height and 40-50lbs (!) in weight, and the age was off by 7-8 years. And when shown a 6-pack of photos, he circles HALF OF THEM. (This is a guy he claims to have known for as long as a decade, but he doesn’t even know what he looks like.)

– He claimed “Amir” was a bodyguard and associated with the Crips, and drove around Compton in a stretch white limo. (Muhammad had no gang affiliations, and to our knowledge never even lived in Compton, much less cruised around its streets in a limo.)

It’s possible that between the names “Kenny/Keeky” and the Crip reference, Robinson may have been trying to say something about Keffe, since he was a well-known Compton figure who had allegedly associated with Biggie. And the reference to a white limo may have been about a completely DIFFERENT guy in Compton who used the name “Amir” as an alias, and who was known for driving around in a white Rolls. So that begs the question: Did Robinson hear a rumor that that OTHER Amir was connected to the case in some way, and then Poole took that name and applied it to the wrong guy? It would explain why nothing Robinson said about “Amir” matched the one that Poole went after.

Anyway, give the interview a listen. It starts around the 15:00 mark. Even if you ignore all of the details that he gets wrong, see if this guy even sounds credible to you as he stumbles through his answers. This is one of many reasons why it was difficult to take this theory seriously.

Source: Murder Rap: Inside the Biggie and Tupac Murders