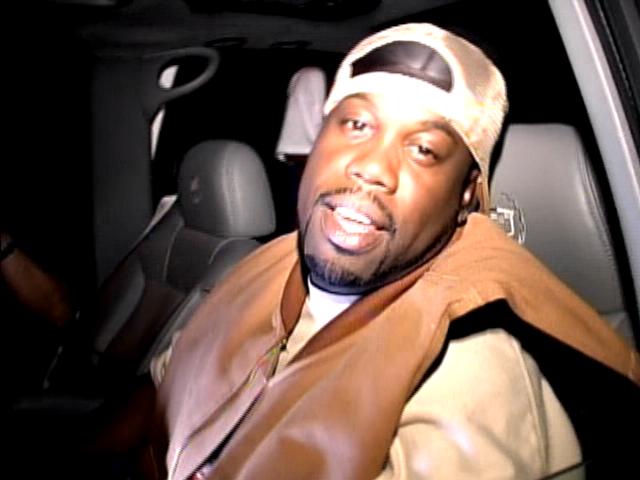 Oct 26, 2015 Exclusive Bomb1st.com interview. Big Thanks to Majesty for taking the time and answer the questions we had.

1.Do you have any inputs on 2Pacalypse Now album?
Yes we produced a song on 2pacalypse called crooked niggas and Stretch performed on the Lunitic.

2.Was Live Squad originally on “Flex”, or it always been a song for Pac & Thoro Headz (Outlawz)? On the german I Get Around single and Holler if You Hear Me US promo cd the Live Squad is credited as featurings.  ?
Yes we feat on FLEX at the time it was s song for the OUTLAW lp I can’t remember there group name at the time it was thero heads or young Thugs.. And we where credited for holler if us hear me because we produced the first version and performed on it but it was banned due to raw lyrics so we had to remix it.

3.I could be disinformed on this one but… did Stretch (Live Squad) ever have his own version of “Take It In Blood” or “Silent Murder” before Nas made it into his own song on It Was Written album, or Stretch actually produced it for Nas? Did you ever get a platinum plaque for your work on the album ?
Yes, we produced silent murder and take it in blood for Nas and know we never did anything to those tracks before selling them to NAS. And We should be receiving places this year for that lp.

4.Why was Stretch’s verse cut from the final version of So Many Tears? Do you have So Many Tears (OG) with Stretch ? Who produced the OG ?
I can’t answer why his verse was cut from song and yes I have a version of the original but it’s not to clear.

5.Does the original version of “Hurts The Most” only have verses from Stretch, 2Pac & Mopreme? The version released on “The Tribute – The Forgotten Chapter In Hip Hop” had verses by Majesty & E-Money Bags, which were previously not leaked.
Yes, the original version of hurts the most was for a live squad project feat Moepreme and Tupac they laid there verses in Cali and saved the last verse for me.. So after all the tragedy I felt I had to finish it and add my bro E-Money Bags to it since he was the new torch holder at that time for Live Squad..

6.Holler If Ya Hear Me. The 2 rips we have are different recordings, I’m curious to know if they were done in the same session ?
No, the first Holler if ya hear me was the version produced&épée formed on by Live Squad the other mix was done later.

7.On the Thug Life album exactly who was Thug Music? Production credits went to this name but exactly who was it and if Live Squad were the producers, exactly which songs were they involved in the production? Was the original House of Pain beat produced by Live Squad and if so do they still have the master reels to that original version? Was the original version of Life’s So Hard produced by Live Squad and if so what project was it meant for and did they get sample clearance from Led Zeppelin for the beat?
THUG MUSIC was a production company started by Tupac he would charge people double our price for production and we split it he knew he could sell the beats for more cause of who he was at the time smart move for instance we normally would get 7,500 for a track so TUPAC told the production people on the Above the Rim soundtrack he had beats and charged them 15,000 gave us our 7,500 hundred and that’s how PAIN ended up on the soundtrack. On the Thug life lp we produced Street fame, and Under Pressure my brother performed on stay true… No hous of pain was produced by someone else but feat Stretch and Tupac that song was for Biggy’s first lp I guess Puff would have the masters.. And no Live squad did not produce life’s so hard.

8.I would also like to know more about House Of Pain. Who did the Bad Boy Remix ?
…can’t remember who remixed house of pain but there are many versions out there after the tragedies everybody wanted to do a song with BIG&PAC taking my bro’s verse off adding there’s which was very disrespectful to me but it is what it is

9.Do you have a Pain remix featuring the Arsenio Hall beat on the already released Pain lyrics ? Did Duane Nettlesbey the Arsenio Hall live beat ?
yes I have the original Pain Remix beat and Duane was our engineer in Cali that’s why he had slit of our work in his hands..

10.Can you undisclose any kind of detail on unreleased tracks like In The Late Night (Live Squad produced) / Married To The Mob / Danger Times (alternate cut) / Don’t Make Enemies With Me? like session stages? which albums they were meant for? will they ever hit the fans ?
info on tracks late night and married to the mob are cloudy to me right now and remember slot of work was done in Cali at times I was in NY but danger time was for a live squad project feat Tupac and enemies with me was for a OutLaw lp feat Live Squad wil they ever hit the Fans that remains to be seen outta my hands.

11. Did you get paid when the song Thug 4 Life was released on Loyal 2 The Game album ?
Anything we had originally produced that was remixed we still get original score credits and royalty payments from them.

13.Did you plan to release something soon ? Best Of Stretch vol 2  or E Moneybags album ?
Yes I have a Live Squad lp in the works right now called the recruiters where we are introducing the world to the rest of the Squad  and yes we are releasing a best of Stretch vol2 and a E-Money Bags lp down the line but that’s after we introduce the world to the next generation waving our flag like the young Boiz lp called the New Recruits coming soon and sorry for the wait to all Live Squad Fans and Grand Imperial music supporters.

14.When will be your full Game Of Survival album available to buy ?
The full uncut game of survival will most definitely be dropping 2016 no doubt.

15.Any more songs in the vault with PAC ?
No more songs with Tupac from us that the world never heard sorry.