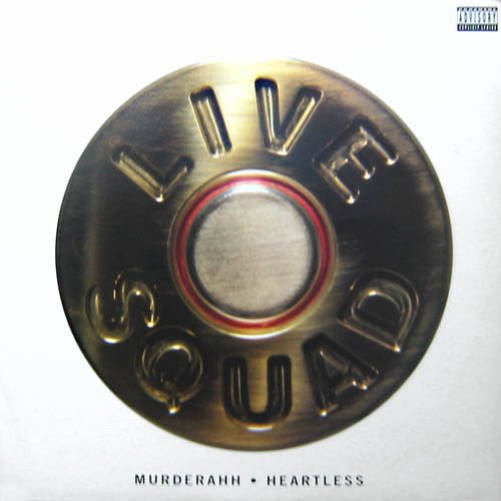 Live Squad’s career started as far back as 1988 when they had two of their first tracks featured on a very limited Percee P release called ‘BQ In Full Effect’. However Live Squad will always be more popularly known for their association and collaborations with 2Pac rather than their own work but even then, most 2Pac fans do not know the extent of their involvement and influence they had on 2Pac and his work so I’ve put this together with the hope of giving them the recognition they deserve and to give them their rightful place in hip-hop history.

Shock G first met Stretch and Maj in 1990 and, through Shock, Stretch was introduced to 2Pac in the summer of 1991 where the two instantly became best friends barely spending even a few minutes apart from that moment on. Stretch was a producer as well as a rapper and he became involved in a lot of 2Pac’s pre-Death Row work, and most of the tracks he produced he would have a verse on. Stretch makes his first guest appearance on the Digital Underground track “Family of the Underground” from the 1991 album “Sons of the P”.

Stretch was close friends with Ed Lover from ‘Yo! MTV Raps’ who got Live Squad signed to the record label “Tommy Boy” where in 1992 they released their first double A side single “Murderahh/Heartless” (from where Pac’s “Heartless” tattoo takes it homage).

Stretch started performing in shows with 2Pac, appearing in his music videos and he produced songs on the albums “2Pacalypse Now”, “Strictly 4 My Niggaz”, “Thug Life Volume 1” and the scrapped album “Troublesome 21” (from which most of the tracks were later used for “Me Against the World” and “R U Still Down?”).

In some of Pac’s early work a company called “Grand Imperial Thug Music” is credited whenever Live Squad appear on or produce a 2Pac record, although Stretch or Majesty are not named for any of the production in the “Thug Life” booklet this same company is credited for production for a lot tracks on the album and it is my understanding that “Grand Imperial Thug Music” is 2Pac plus Live Squad meaning Stretch and Majesty helped produce “Thug Life Volume 1“; “Grand Imperial Records” went on to become a record company co-owned by Majesty and Queens rapper E-Moneybags who recorded a few songs with Live Squad and 2Pac, most notably the track “Big Time” which was released in 2001.

In 1993 Live Squad released the ultra-violent mini-movie called “Game Of Survival” which was a showcase for 6 songs from the forthcoming soundtrack, the members of Live Squad only briefly appear in the movie in a music video at the start and in one skit, the rest of the movie is played by actors. Due to the movie’s graphic nature and Live Squad’s hardcore style, Tommy Boy were forced to drop them from their radio friendly roster and the soundtrack was never released.

In 1993 2Pac, Stretch and the Notorious B.I.G. starting hanging and performing shows together, during this period the three made several songs together which remain unreleased.
Stretch was with 2Pac when he was shot in New York on November 30th, 1994.

2Pac and Stretch were still friends until Pac was sent to jail on 14th February 1995 but their friendship quickly deteriorated after 2Pac learned that Stretch was still doing shows with the Notorious B.I.G. after he had accused him of being involved with the New York shooting, Pac felt like Stretch had sided with Bad Boy while he was locked up, In a Vibe interview 2Pac went on to insinuate that Stretch never tried to help him during the shooting which Stretch responded to in another Vibe interview. 2Pac sent a letter from jail and in the footer are the names of all people he considered his enemies struck out, Stretch’s name is last.

Stretch originally had a verse on 2Pac’s “So Many Tears” from “Me Against the World” but it was removed on the official release in 1995 while Pac was still in jail, he can still be heard (and is creditted in the booklets) for doing the backing vocals during the chorus.

During 1995 Stretch produced two tracks for Nas’s album “It was written“; “Take It In Blood” was on the regular release, “Silent Murder” was only released as the bonus track on the European version.

There is no evidence to show that Pac and Stretch ever met again when Pac was released from jail onto Death Row Records in October 1995, and on 30th November 1995 after dropping Maj off at his house, Stretch was shot twice in the back by three men who pulled up alongside his green minivan at 112th Ave. and 209th St. in Queens Village while he was driving. His minivan smashed into a tree and hit a parked car before flipping over. The murder happened nearly one year to the minute after Pac was shot in New York however the 2 shootings were not linked in any way and the timing is a total coincidence. It is believed that Pac visited Stretch’s grave to pay his respects.

The only time Stretch is ever mentioned by Pac again is on the song ‘Against All Odds’ from Makaveli when he says “and that nigga that was down for me, rest his head, switched sides, guess his new friends wanted him dead”.

Stretch features again on a 2Pac track called “God Bless the Dead” which was released on “Greatest Hits” in 1998, this appearance apparently slipped through Amaru’s radar as they have obviously been erasing Stretch from all of Pac’s work that is posthumously released for whatever reasons. This song is dedicated to “Biggy Smallz” which is mistakenly thought to be about the Notorious B.I.G or the producer Big D The Impossible aka Deon Evans, it was in fact a friend of Stretch’s named Drik who was killed.

The co-owner of Grand Imperial Records E-Moneybags was shot and killed in 2001, Majesty appears on a remake of the song “Regulate” which also has a music video in which he features.

A “Game of Survival” DVD and CD box set was released in 2001, the DVD contains the promo movie from 1993 plus a music video of the remake of E-Moneybag’s “Regulate” featuring Majesty and Prodigy.

The CD contains various Live Squad unleaked material that is not available on any other releases including the phenomenal track “Daddy Bigtimers” as a bonus.

Majesty continues to drop the occasional verse on a mixtape, he also produced the track “The Reason” on Smif-n-Wessun’s album “Still Shinin’” in 2004.

The 2Pac album “Loyal To The Game” which was released in 2004 is further proof that Amaru have no intention of publicising Live Squad’s material; the booklet for the album shows that Stretch and Majesty have writing credit for a majority of the original songs however their verses, choruses, backing vocals, ad-libs and production were not used once.