Dr. Mutulu Shakur is a New Afrikan (Black) man whose primary work has been in the area of health. He is a doctor of acupuncture and was a co-founder and director of two institutions devoted to improving health care in the Black community.

Mutulu Shakur was born on August 8, 1950, in Baltimore, Maryland as Jeral Wayne Williams. At age seven he moved to Jamaica, Queens, New York City with his mother and younger sister. Shakur’s political and social consciousness began to develop early in his life. His mother suffered not only from being Black and female, but was also blind. These elements constituted Shakur’s first confrontation with the state, while assisting his mother to negotiate through the maze that made up the social service system. Through this experience Shakur learned that the system did not operate in the interests of Black people and that Black people must control the institutions that affect their lives.

Since the age 16, Dr. Shakur has been a part of the New Afrikan Independence Movement. As a part of this movement Dr. Shakur has been a target of the illegal Counterintelligence Program carried out by the Federal Bureau of Investigation (COINTELPRO). This was a secret police strategy used in the U.S. starting in the 1960′s to destroy and neutralize progressive and revolutionary organizations. It is believed that Dr. Shakur’s resistance to this program led to his arrest and trial.

During the late sixties Dr. Shakur was also politically active and worked with the Revolutionary Action Movement (RAM), a Black Nationalist group which struggled for Black self-determination and socialist change in America. He was also a member of the Provisional Government of the Republic of New Afrika which endorsed the founding of an independent New Afrikan (Black) Republic and the establishment of an independent Black state in the southern U.S. Dr Shakur also worked very closely with the Black Panther Party supporting his brother Lumumba Shakur and Zayd.

In 1970 Dr. Shakur was employed by the Lincoln Detox (detoxification) Community (addiction treatment) Program as a political education instructor. His role evolved to include counseling and treatment of withdrawal symptoms with acupuncture. Dr. Shakur became certified and licensed to practice acupuncture in the State of California in 1976. Eventually he became the Program’s Assistant Director and remained associated with the program until 1978.

From 1978 to 1982, Dr. Shakur was the Co-Founder and Co-Director of the Black Acupuncture Advisory Association of North America (BAAANA) and the Harlem Institute of Acupuncture. Where, at Lincoln, Dr. Shakur had managed a detox program recognized as the largest and most effective of its kind by the National Institute of Drug Abuse, National Acupuncture Research Society and the World Academic Society of Acupuncture, at BAAANA he continued his remarkable work and also treated thousands of poor and elderly patients who would otherwise have no access to treatment of this type. Many community leaders, political activists, lawyers and doctors were served by BAAANA and over one hundred medical students were trained in the discipline of acupuncture.

By the late 1970′s Dr. Shakur’s work in acupuncture and drug detoxification was both nationally and internationally known and he was invited to address members of the medical community around the world. Dr. Shakur lectured on his work at many medical conferences, and was invited to the People’s Republic of China. In addition in his work for the Charles Cobb Commission for Racial Justice for the National Council of Churches he developed their anti-drug program.

Dr. Shakur has furthermore been a dedicated worker and champion in the struggle against political imprisonment and political convictions of Black Activists in America. He was the founding member of the National Committee to Free Political Prisoners. He has been a leader in the struggle against the illegal U.S. and local American law enforcement programs designed to destroy the Black movement in America and has worked to expose and to stop the secret American war against its Black colony.

Through his political work, Dr. Shakur has been associated with the Committee to Defend Herman Ferguson, a Black activist and educator charged with conspiracy in the RAM conspiracy case of the 1960′s; the National Task Force for COINTELPRO Litigation and Research, which researched and initiated suits against the FBI and American law enforcement agencies for criminal acts, spying and counter-insurgency warfare tactics; and the National Conference of Black Lawyers. He has also endorsed support for the legal defense of political prisoners and prisoners of war, including Imari Obadele, Ph.D., Rev. Ben Chavis, Geronimo (Pratt) JiJaga of the Black Panther Party, and Assata Shakur and Sundiata Acoli of the Black Liberation Army.

In March 1982, Dr. Shakur and 10 others were indicted by a federal grand jury under a set of U.S. conspiracy laws called “Racketeer Influenced and Corrupt Organization” (RICO) laws. These conspiracy laws were ostensibly developed to aid the government in its prosecution of organized crime figures; however, they have been used with varying degrees of success against revolutionary organizations. Dr. Shakur was charged with conspiracy and participation in a clandestine paramilitary unit that carried out actual and attempted expropriations from several banks. Eight incidents were alleged to have occurred between December 1976 to October 1981. In addition he was charged with participation in the 1979 prison escape of Assata Shakur, who is now in exile in Cuba (the question of Dr. Shakur being charged with participation when in fact they alleged he masterminded her escape creates the true fact of COINTELPRO).

After five years underground, Dr. Shakur was arrested on February 12, 1986.

The album features artists such as Mopreme Shakur, Outlawz, and Imaan Faith. As Shakur explains it, the CD was created in order to motivate, inspire, and challenge black people to struggle against their obstacles. He also recorded a radio PSA for Deejay Ra’s “Hip-Hop Literacy” campaign, encouraging reading of books about Tupac. Shakur was interviewed in the Oscar-nominated documentary Tupac: Resurrection, in which he described how he wrote a “Thug Life Handbook” with Tupac, expressing an anti-drug and anti-violence message.

Dr. Shakur is the father of six children. His son Tupac was assassinated in 1996. He has solid evidence that it was a continuation of COINTELPRO. The F.B.I., the Federal Bureau of Prisons and law enforcement made every effort to keep him separated from his son Tupac. 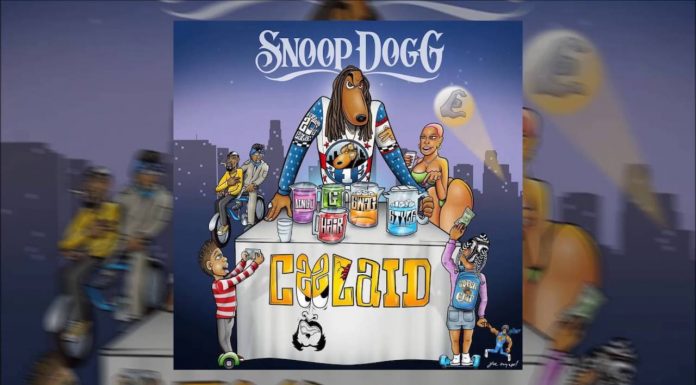